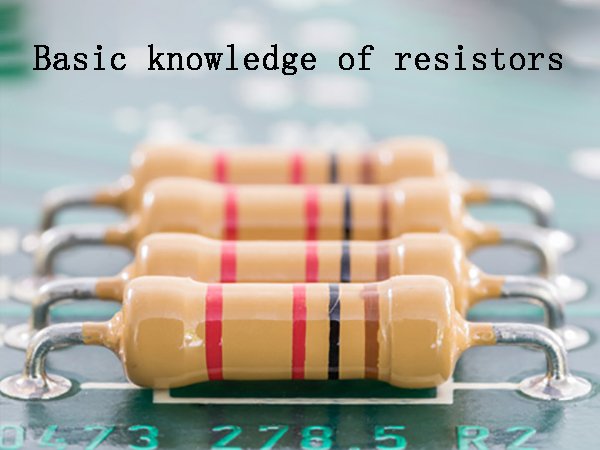 All electrical circuits have resistance. There is resistance to “resist” current in conductors, loads, and other components. There is an electronic component called a resistor, which can be used to control the current in a circuit or as a voltage divider. There are two types of resistors: fixed resistors and variable resistors.

① Resistance and allowable deviation
The resistor can have different resistance values, such as 10Ω, 100Ω, 10100Ω, 68000Ω and 1000000Ω. The ohmic value of a small micro fixed resistor can usually be read through the color ring. Figure 3 shows a color ring resistor. The color rings of different colors represent values ​​from 0 to 9. The table in Figure 4 lists each color and its value. The fixed resistor has 4 to 5 color circles.

③Fixed resistor
Fixed resistors are widely used in the electrical and electronic industries. Figure 8 shows the structure of a fixed resistor, and its resistance value is fixed. The fixed resistor can be made of a variety of chemical materials, and the material used depends on the specification requirements such as allowable deviation, power and reliability. The most common type of resistor is a carbon composite resistor, which is made of carbon graphite material and adhesive resin. The error range of carbon composite resistors is usually 5% to 20%, and this value will drift with component aging and temperature changes.

Fixed resistors are also made using metal film and metal glaze processes. This type of resistor has some advantages over carbon composite resistors. Its resistance is less affected by component aging and temperature changes, and the error is lower, usually 1% to 2%.

Figure 12 shows a voltage divider. Early radios used this circuit to obtain different voltages from the output of a main battery, and the new voltage could be used to power electronic tubes and other circuits.