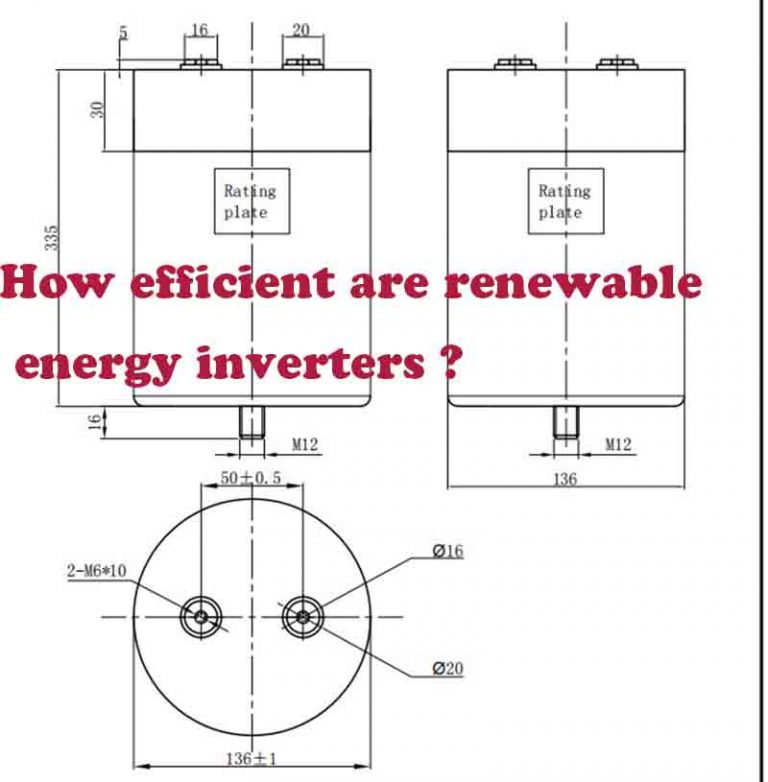 Modern inverters use solid-state components and high-quality transformers, and the peak power efficiency can reach 95%. Efficiency is the ratio of output power to input power. Research and experiments show that if the inverter efficiency reaches 96% and the rated output power is 960W, the required input power is at least 1000W. According to the rule of thumb of high-quality sine wave inverter, the designer can estimate according to. This is only a quick estimation method. If accurate calculation is required, refer to the manufacturer’s specifications. The efficiency of all electrical equipment is less than 100%. If the efficiency of inverter increases by only 1% ~ 2%, it will bring significant long-term benefits in saving system cost. For example, if the efficiency of a 20kW system is increased by 1%, 200W photovoltaic panels and equipment can be installed less. If a 75kW system improves the same efficiency, 750W photovoltaic panels and equipment can be installed less. If the average cost of the equipment is $5 / W, it can save $1000 and $3750 respectively.

Generally, the rated efficiency of the inverter is the primary factor determining the system performance, but this may also cause misunderstanding. The efficiency will vary with DC input voltage, AC output voltage, the proportion of rated load in operation and other factors. Efficiency parameters are very important, but the performance of the system is a function of the overall design and use.

For a waveform containing basic frequency and second harmonic, when a pure sine wave generator drives some loads, pulse current may appear, so as to introduce harmonic into sine wave. Such loads that may cause pulse current include fluorescent lamp ballasts, computers and motor controllers. If a sine wave is superimposed by odd harmonics, distortion will occur and begin to look like a square wave.

If a sine wave is generated by pulse width modulation, high-frequency sine wave harmonics will be introduced into the waveform. These harmonics must be eliminated before the power generation system outputs pure sine wave voltage to the power grid. The total harmonic distortion (THD) of high-quality grid connected inverter is less than 5%. When calculating the THD of the waveform, you can first calculate the sum of the power of all harmonics except the basic waveform, and then divide it by the power of the fundamental wave.

Harmonics can cause overheating of power cables, connecting lines, motors and transformers. Overheating will cause the protection device to start frequently and reduce the power factor. Static noise in audio system is usually caused by harmonics in signal. We can use filters to eliminate harmonics. In fact, the equipment called “sine wave inverter” can not produce “pure” sine wave, but the THD of a typical high-quality sine wave inverter should be less than 5%.