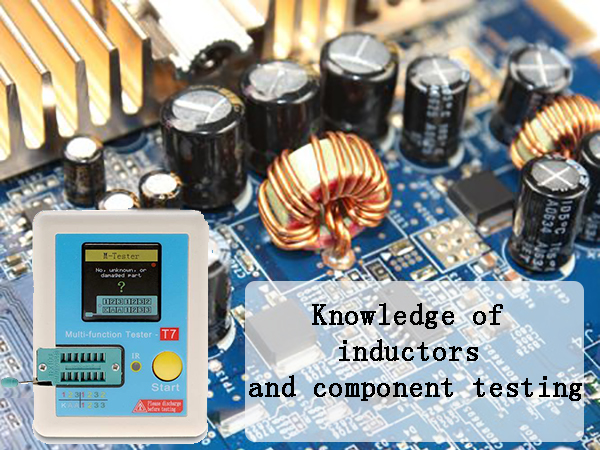 ①The structure of the inductor
Inductors are usually made by winding a conductor coil on a core material. The core body has two functions: ①It is used to stabilize the wire and provide support for the wire winding; ②Some core body materials can enhance the inductance.

(2) Testing of components
The manufacturer’s tests on resistors, capacitors, and inductors include static tests and dynamic tests where AC and DC voltage and current are applied.

However, it is difficult to carry out such a “high-tech” test at the use site. But you can use an ohmmeter to perform some “low-tech” tests to determine whether the components have short-circuit and open-circuit faults. First, isolate the component under test from other parts of the circuit and disconnect the power supply.

When testing resistors or inductors, first calibrate the ohmmeter and then connect it to both ends of the resistor or coil. You may need to switch gears (for example, switch between R×1 or R×10 gears) ). When testing the resistance value, the resistor and coil should not be short-circuited or open-circuited, but the precise resistance value (if necessary) should be determined by referring to the specifications. Certain types of inductors are not made of wire coils, so they cannot be tested with an ohmmeter.

When testing capacitors, the power supply must be disconnected first. Generally, an ohmmeter can be used for short-circuit testing of small electrolytic capacitors and large oil-immersed capacitors. As shown in Figure 6, connect the ohmmeter pen across the two leads of the capacitor. The pointer of the meter head will swing quickly and then begin to stabilize. Reverse the ohmmeter pen and perform repeated measurements. The capacitor should not be short-circuited.

The test of the ohmmeter does not show that the capacitor can work normally under high voltage. In fact, it is difficult to perform high-voltage testing at the use site. If the capacitor is suspected of high voltage breakdown, it should be replaced.