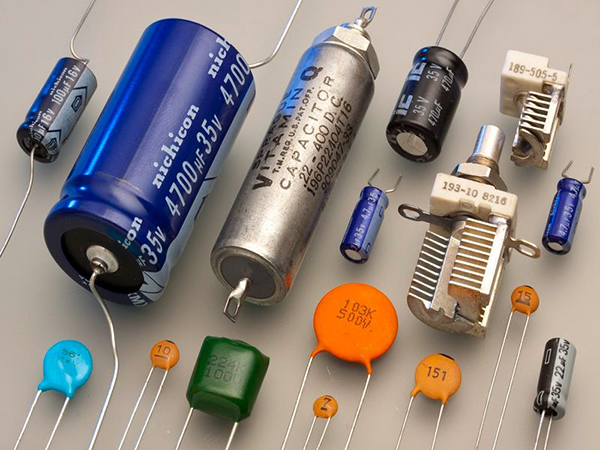 A capacitor is an electronic component with special properties. It can first “store” electrons, and then release them into the circuit to form an electric current when needed.

A capacitor (see Figure 1) is an electronic component that can store electrons and release them when needed. (Note: A capacitor is not a battery.) Figure 2a shows a simple capacitor consisting of two conductive plates and an insulating dielectric between them (such as a layer of paper sandwiched between two layers of aluminum foil). Figure 2b shows a parallel plate capacitor with oil-impregnated paper as the dielectric. In the fully discharged or neutral state, each plate has the same number of free electrons, so there is no potential difference between the plates. In the charged state, there is a potential difference between the plates. Figure 3 shows the circuit symbol of the capacitor.

{warn:
Do not touch the electrodes of the capacitor before it is discharged. }

②Application of capacitor
Capacitors have been widely used in many electrical and electronic fields, including:
1) Power factor compensation. Adjust the active power and apparent power in the power distribution system.
2) The starting of some AC motors. Generate starting torque for split-phase motors.
3) Phase shift. It is used to start SCR (thyristor rectifier) ​​and TRIACS (triac thyristor switching device).
4) Power supply filter. Filter ripples in the power supply to reduce noise.
5) Timing. Control the triggering and closing time of security systems (such as alarms).