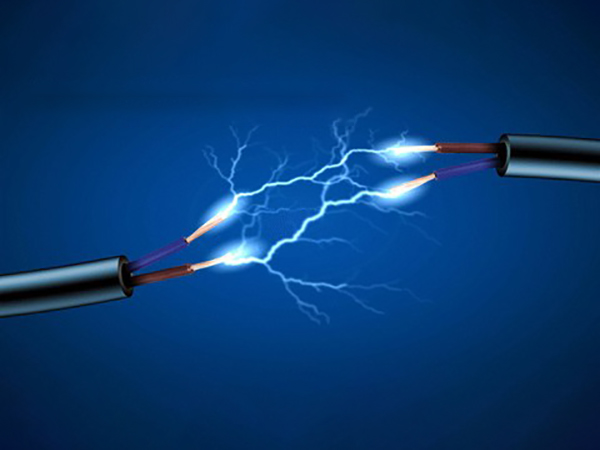 Ampere (A) is the unit of measurement of electric current, abbreviated as “Ampere”, named after the French scientist Andre Ampere in the early 19th century. 1 ampere is defined as the cross section of a conductor passing through 1 coulomb of charge in 1 second, that is: 1 ampere = 1 coulomb/sec. (Note: This is not the definition of the International System of Units). In the written formula, the letter I (intensity) represents current, and its unit of measurement is ampere (A). For example, a certain current can be recorded as I = 10A, or the current flowing through a circuit is 10 amperes, or 10 amperes.

Figure 1 compares a hydraulic system with a circuit. Please note that in order to measure water flow and current, we connect the meter to the path of the “fluid”. The flow meter in the water measures the water flow, and the ammeter in the circuit can measure the current. The unit of measurement of water flow is gallons per second or gallons per minute, and the unit of measurement of current is coulombs per second, and 1 coulomb per second is equal to 1 ampere. In Figure 1, the water flow is limited by the valve, and the current is limited by the motor circuit resistance. A simple calculation can be used to determine the magnitude of the current: amperage is equal to the number of volts divided by the value of resistance, that is, amperage = number of volts/resistance value.

① Ammeter
An ammeter is also called an ammeter and is used to measure the current in a circuit. There are two types of ammeters, namely: series ammeter and clamp ammeter (current clamp). The series ammeter (see Figure 2) is directly connected to the current path when in use and becomes a part of the circuit, as shown in Figure 1. For this reason, the circuit must be disconnected first, and then the circuit must be connected after connecting the ammeter. In order to reduce the impact on the current, the internal resistance of the series ammeter is very low, usually less than 0.1 ohm. If the resistance of the ammeter itself is large, the current in the circuit will decrease, and it may even fail to work normally. The series ammeter can be an analog meter with a scale and pointer (see Figure 3a), or a digital meter with a digital display (see Figure 3b). The meter shown in Figure 3 is called a multimeter because it can measure a variety of electrical parameters such as current (amperes), voltage (volts), and resistance (ohms).

The clamp-on ammeter (see Figure 4) does not need to be connected to the current path when in use. This kind of ammeter can detect the magnetic field around the wire. It has an openable jaw to clamp a wire through which an electric current flows. If the jaws clamp multiple wires with current, the magnetic field around the wires will be weakened or even disappear, and the reading of the ammeter will be inaccurate or even zero. For some types of clamp ammeters, the magnetic field generated by the wire current will induce voltage to the coil in the clamp. The principle is similar to that of a transformer, and then it is converted into a current reading. This meter can only measure alternating current (AC).

In other designs, a semiconductor device called a Hall generator is used to detect the magnetic field. In the Hall circuit, a constant current generator provides current to a semiconductor module, and the terminal of this module is connected to the measuring mechanism (head) of the ammeter. If the magnetic field passing through the semiconductor module is zero, the voltage at the output terminal of the Hall device is zero, and the reading of the ammeter is zero. When the module senses a nearby magnetic field, it will generate a voltage across the module, the value of which is proportional to the current in the circuit under test. After the meter head is calibrated, the voltage can be converted into a current measurement value and displayed. The ammeters in Figure 4a and Figure 4b both have digital readings. The ammeter using the Hall generator principle can measure alternating current (AC) and direct current (DC).