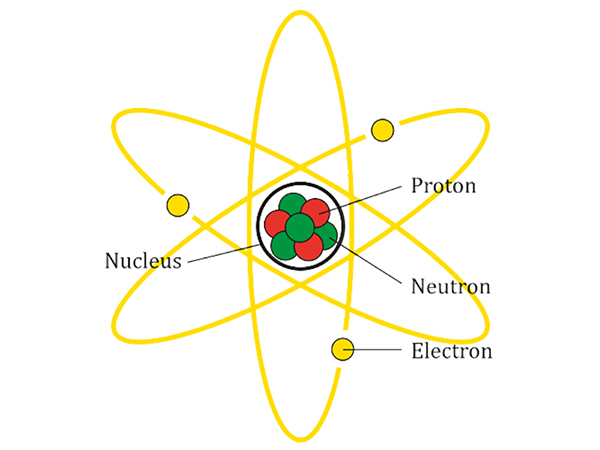 In electrical components, the atomic structure of the material determines whether current can easily flow through it. The two words “electricity” and “electron” are derived from the Greek “elektron”, which originally means “something like amber”. More than 2500 years ago, Greek scholars discovered that when amber is rubbed with certain materials, it attracts other materials. In the 17th century, British scientist William Gilbert discovered that amber is not the only thing that can “charge” and attract other materials. He named the chargeable materials “electriks” and the non-chargeable materials. “Non- electriks”.

In 1733, Charles DuFay was experimenting with charged materials and found that certain charged objects would attract each other, while others would repel each other. Benjamin Franklin after studying these experiments, suggested that the charge is divided into two types of positive charge (+) and negative charge (-). He also observed that the same charges repel each other, while different charges attract each other (see Figure 1).

These early experiments laid the foundation for the development of electrical theory. In the early 19th century, Charles de Coulomb studied the movement of electric charges in materials and promoted the development of the theory of interaction forces between electrons. In 1827, George Simon Ohm published a formula for describing the relationship between current, voltage, and resistance. This is a very important relationship in electricity and is called Ohm’s law.
In the same period, Andre Ampere studied the role of electrons flowing through wires, and defined 1 ampere (A) current as 1 coulomb (C) of electrons flowing through a certain point of the wire within 1 second. . 1 Coulomb (C) is equal to the electric quantity of 6.25×1018 electrons.

Atom is the basic unit of all matter, mainly composed of three kinds of particles: electrons, protons and neutrons. The nucleus is composed of protons and neutrons, and electrons orbit around the nucleus. Figure 2 shows the helium nucleus model. An electron has a negative charge, a proton has a positive charge, and a neutron has no charge (it is neutral). In an atom, the nucleus is much more massive than the electron. The mass of a proton and a neutron are roughly equal, about 1840 times the mass of an electron.

Copper (see Figure 4) is an element widely used in electrical equipment because it allows electric current to pass smoothly. A copper atom contains 29 electrons, and there is only one valence electron in the orbit farthest from its nucleus, which indicates that it may be a good conductor of electricity.