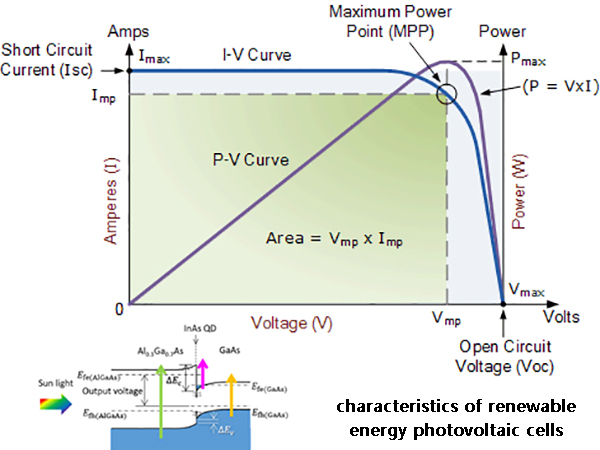 In order to understand the function of inverters and maximum power point trackers in the context of photovoltaic systems, it is necessary to first understand the characteristics of photovoltaic cells. A photovoltaic cell is a constant current and variable voltage device, while a rotary generator in a power plant is a constant voltage converter device. For example, the mains voltage connected to a home is usually stable at 120V, but the current varies depending on the load. The opposite is true for constant current generators, where the current remains constant, but the voltage varies with the load. The characteristics of photovoltaic cells can be described by a current-voltage curve, which is called an I-V curve or a volt-ampere curve. The I-V curve describes the possible operating points for all voltages and currents under a specific set of conditions.

As the battery voltage continues to rise after passing the MPP point, its current drops sharply and power drops with it. The inverter must react to this change by outputting power to the load at a specified current and voltage. When the specified conditions cannot be met, the connection to the load should be disconnected. Photovoltaic panels to be transported are shown in Figure 2.